Just made a window to show off:  Check out the water-distributing manifold with valves on the right. 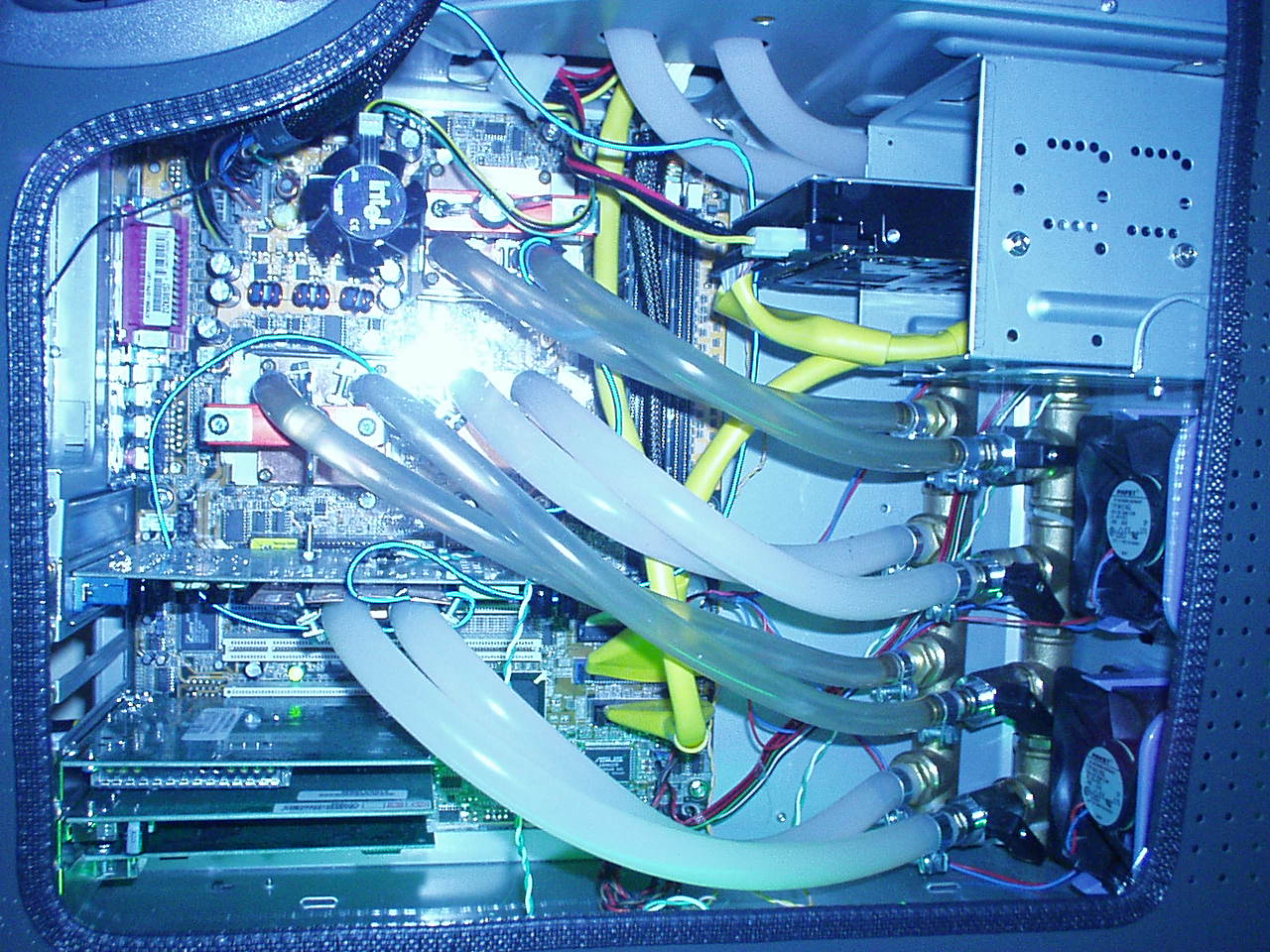 Here's some pictures showing how it really looks , it only looks better , it's hard to make a camera take realistic pictures of fluorescent cold-cathode lights. 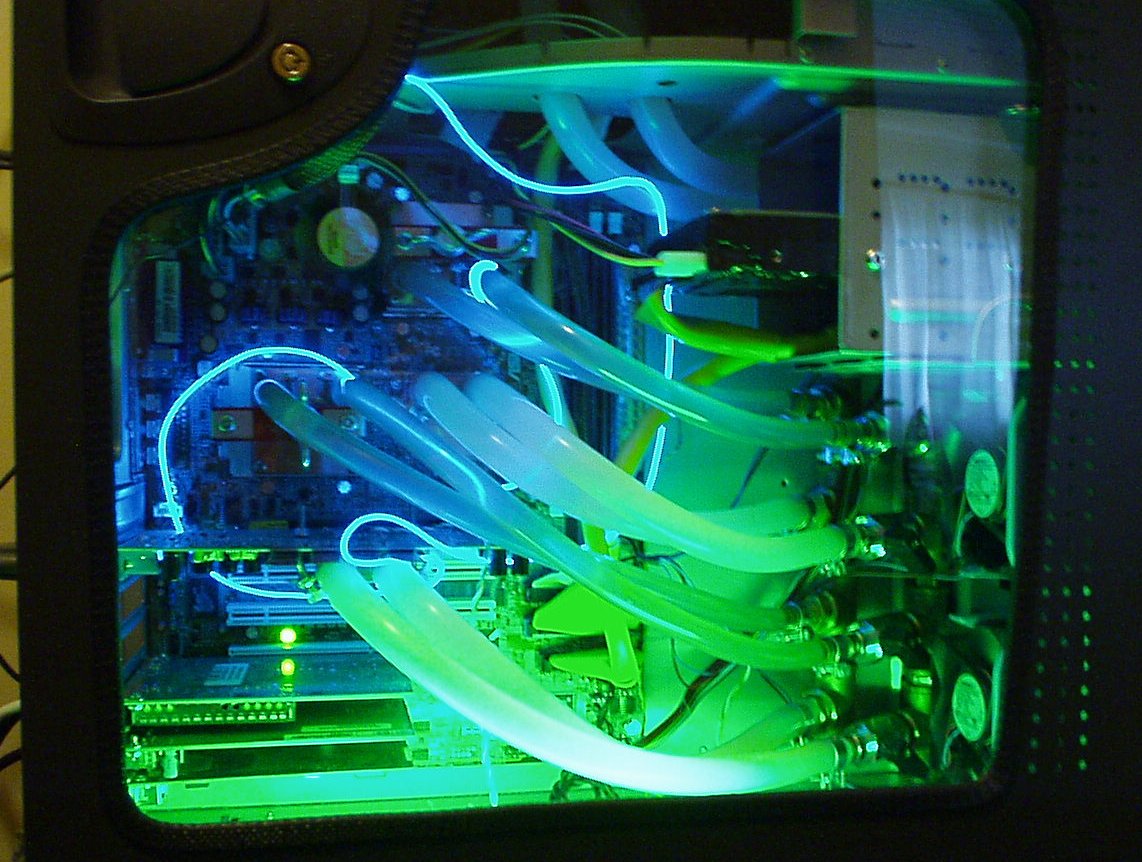 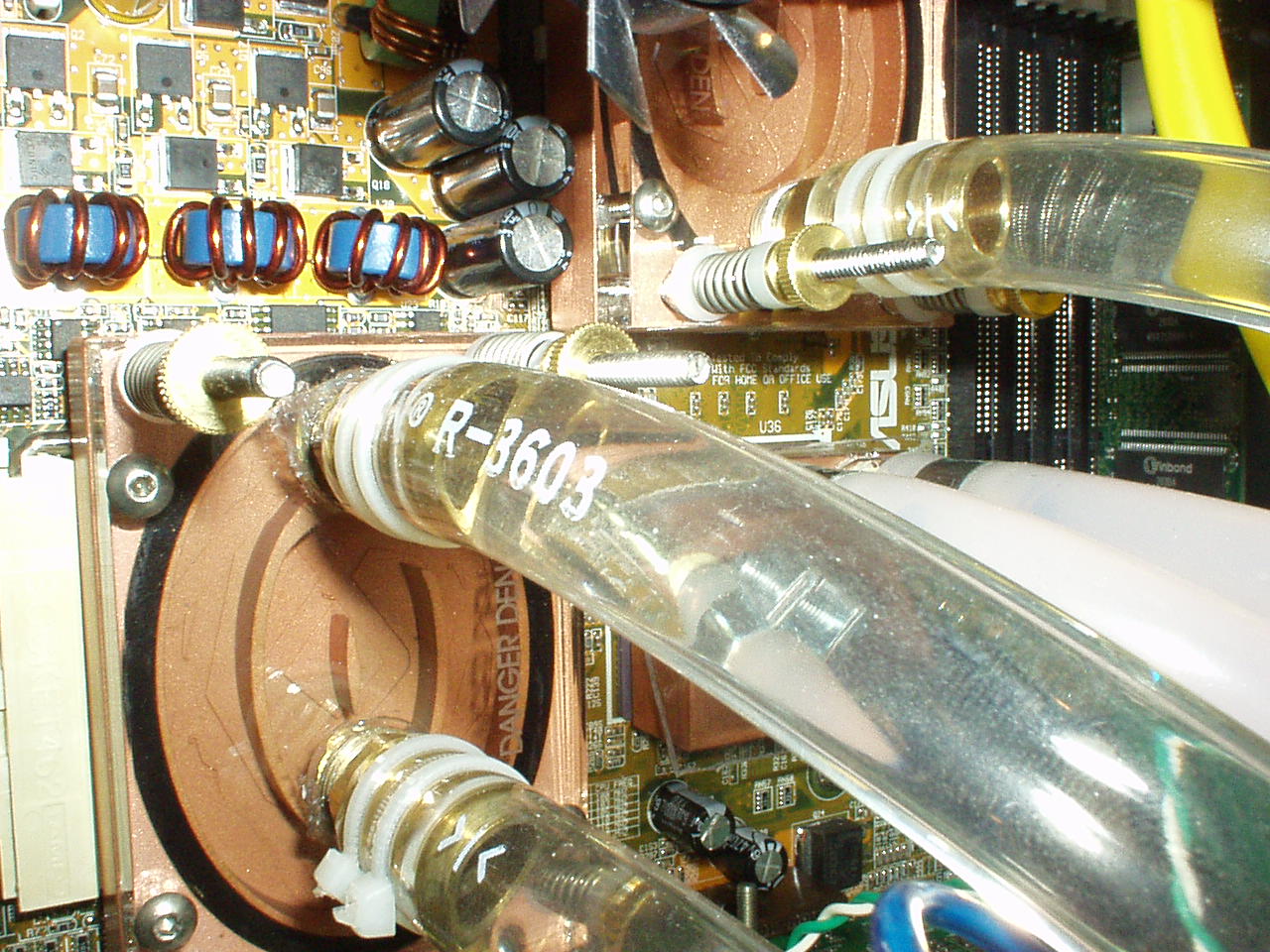 Both CPU's , Chipset and GPU is water-cooled: 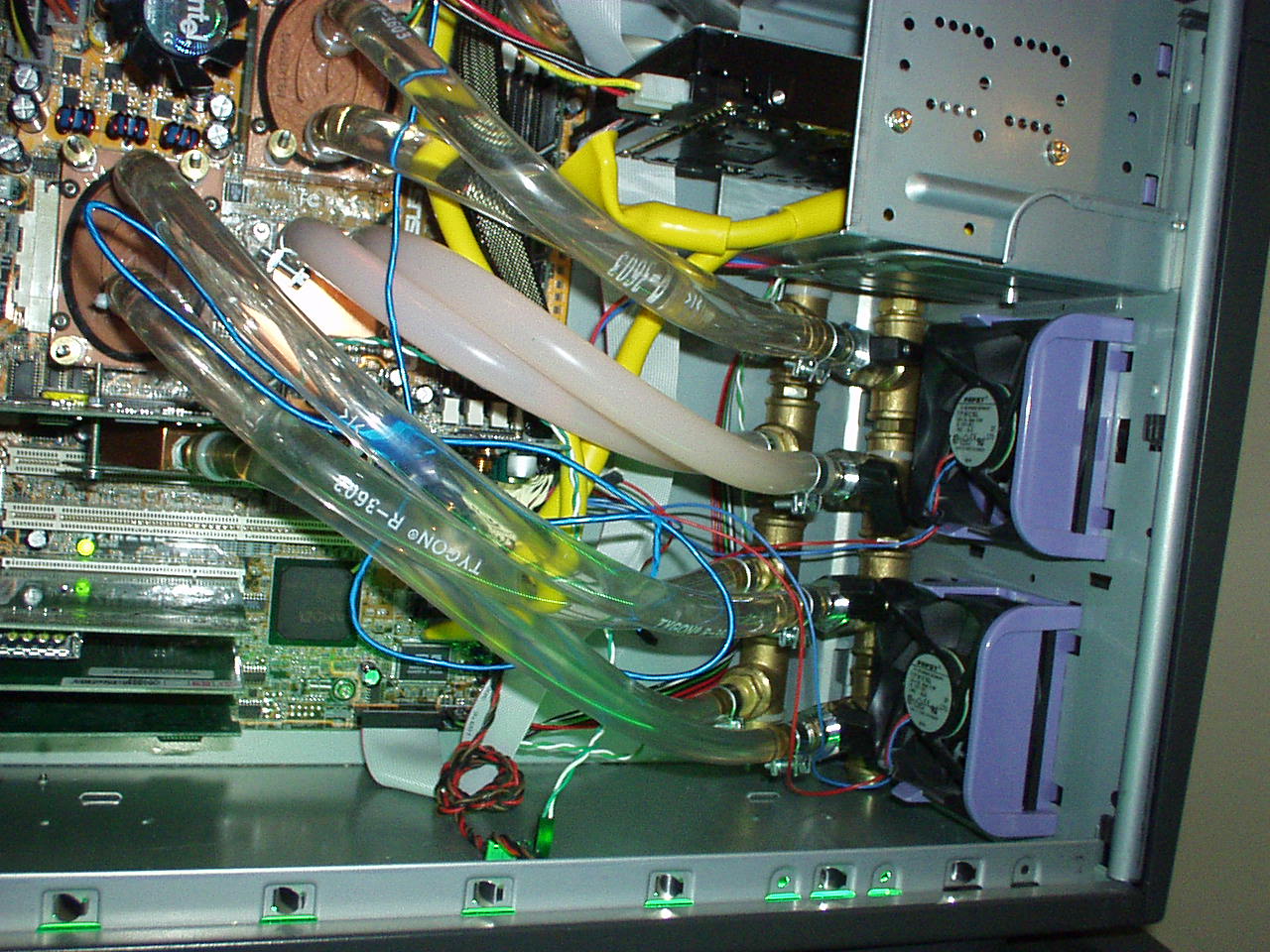 Water tank, and the radiator , on top of a Chieftec fulltower , it's a radiator from a Saab 9000 , it's  modern and very effective. It's built in to a "wind-tunnel" using 10mm acrylics plates. 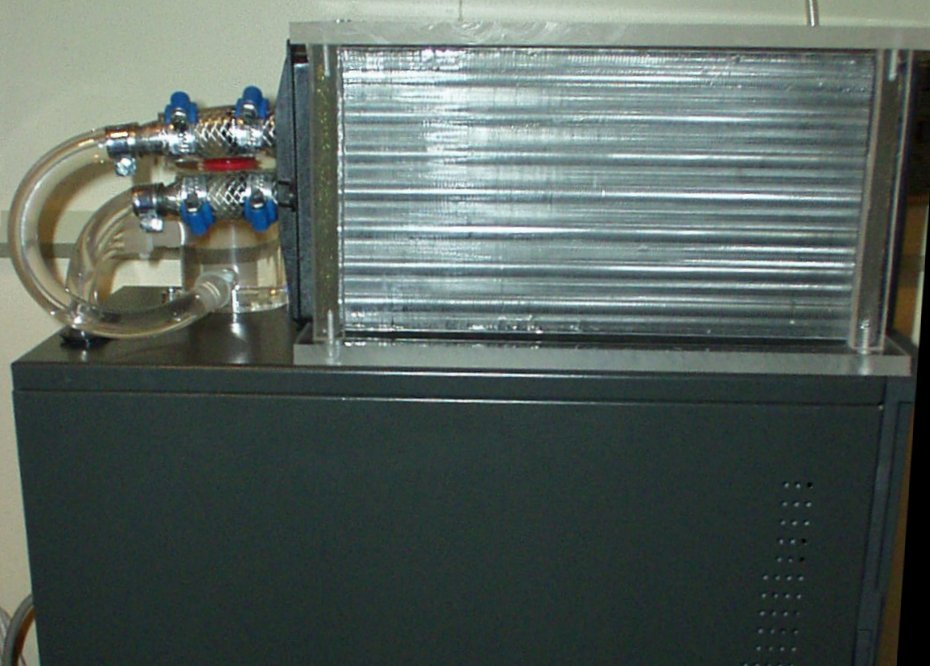 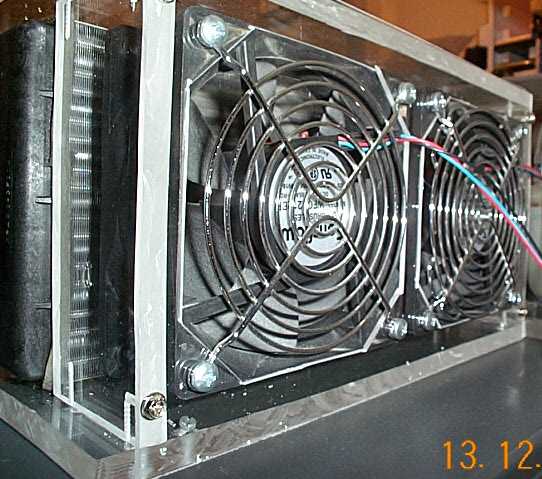 The radiator is huge , even when compared to the two Chieftec (full)towers. 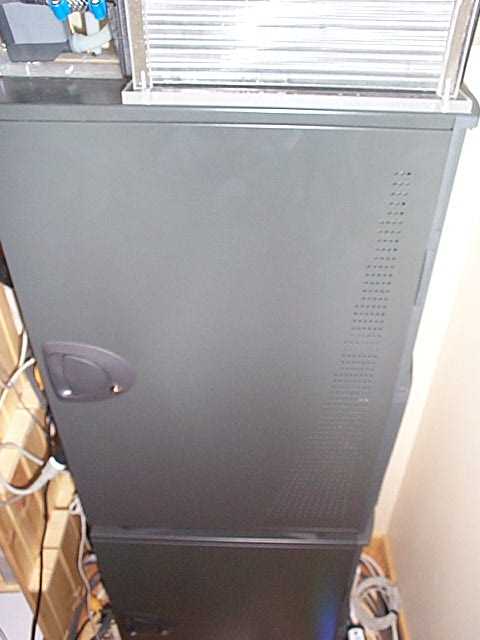 This is an totally rebuilt Digital Server:  It did NOT had more than three 5,25" bays, it had dual, huge ,redundant ,propietary power supllies, without ATX connectors.
I spent many hours modifying the hardware of this server, and made it finally just like I wanted it...

This Picture shows cabled  12-channel , 12-disk 1.3TB RAID-5 system, controlled by an 3Ware 7500-12
The Hot-Swap-Bay fans are not important, because the power supplies will provide cooling for this half of the machine. 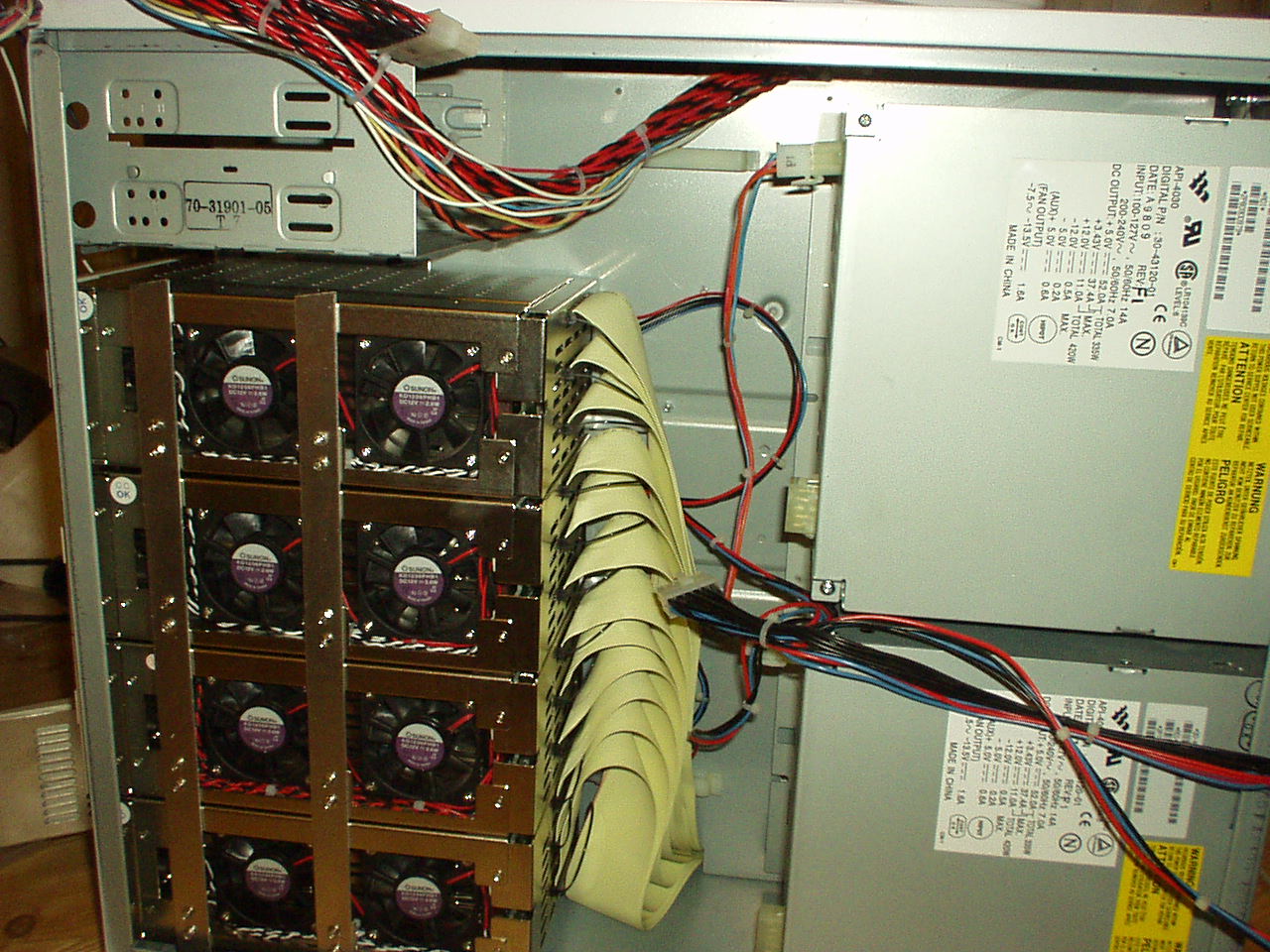 This picture shows all power-cables in place, the redundant Power Supplies connected, and delivering dual ATX power to the SuperMicro Sereverworks motherboard. 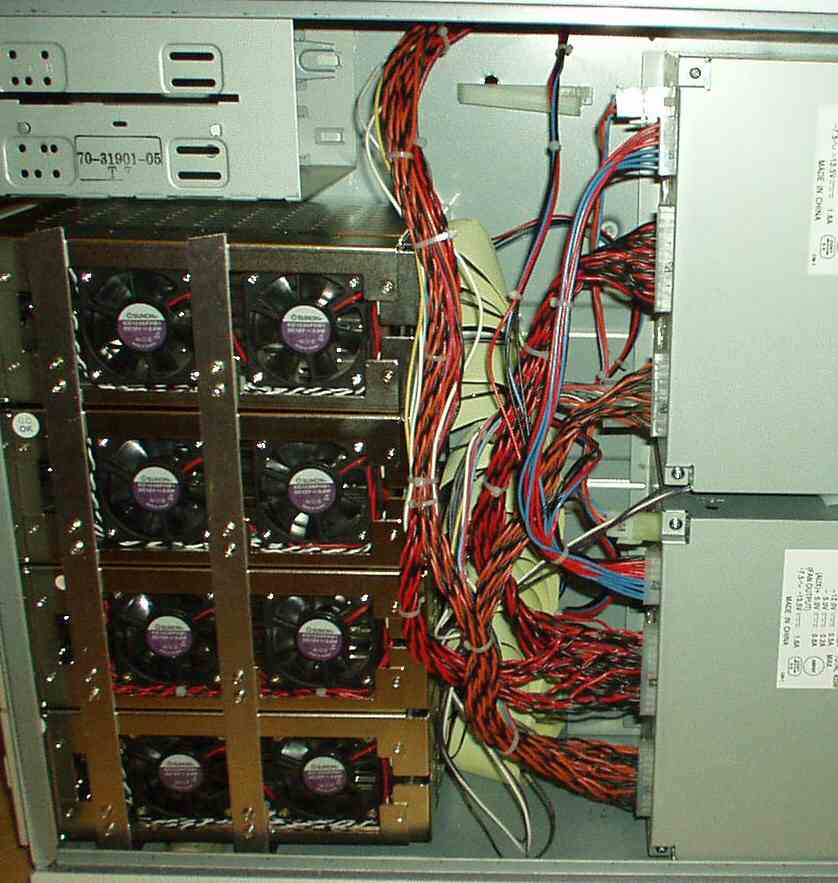 Motherboard Side  - Dual CPU ServerWorks Chipset motherboard, with buffered,  ECC RAM, and 64bit/66mhz PCI-X Slots for RAID controllers, and  1GB Ethernet adapter.
To the right:  Custom Drive-mounting space for the (not fully installed on this picture)  8x250GB SATA   RAID-5 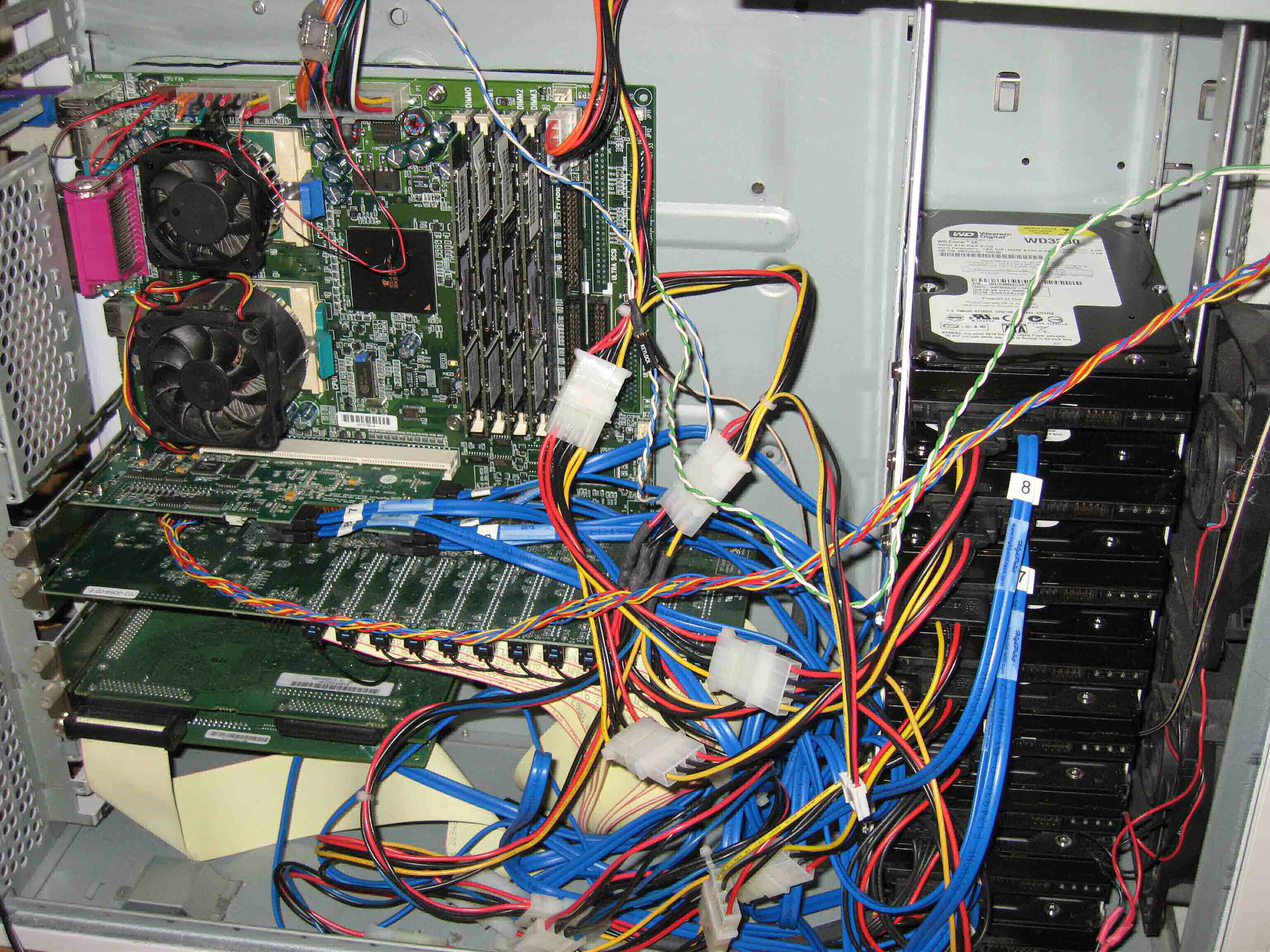